How to Hire the Best Laravel Developers in the Cheapest Way 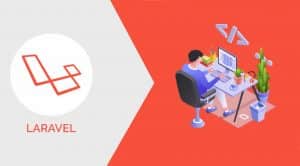 It’s no surprise that Laravel developers are very popular in today’s world. Consequently, finding and hiring a Laravel developer can be quite tough, especially if you are on a limited budget. Due to the fact that talented programmers are in high demand, the typical Laravel programmer’s pay in the United States and Europe might be rather expensive.

Therefore in this article, we are going to discuss what are the greatest ways to find Low-cost Laravel developers and what are the factors that might have an impact on their salary. So if you are looking for the cheapest alternative, you will find this article extremely useful.

The location of a Laravel developer is the most essential element influencing their salaries. In general, software engineers who live and work in major cities have greater incomes than those who work in less popular regions; for example, the United States has the highest developer pay rate, with an average compensation for senior Laravel/PHP developers of roughly US$115,000 annually.

This fact already means that if you are looking for the cheapest option in the industry, hiring a Laravel developer from the United States would not be the greatest choice. Therefore, you are recommended to pick and hire a professional programmer from Eastern Europe such as Ukraine, Poland, Bulgaria, or Georgia, since these countries provide the most budget-friendly alternative existing worldwide.

Ukraine, for example, is one of the most popular nations in Eastern Europe for hiring a Laravel developer. In this country, a good Laravel/PHP developer can expect to earn roughly $21,000 per year which is a way less pay rate than the other regions in the world. On top of that, Ukrainian developers received an average score of 88.7% in HankerRank’s overall challenge. Besides, another nice advantage is that 80 percent of the country’s IT experts are proficient in English. So if you want to hire a dedicated Laravel developer with a low pay rate, searching for them in the region of Eastern Europe is the best solution you can possibly find.

Another way to hire Laravel Developers in the cheapest way possible is to hire good Junior or Middle Developers with a reasonable background. Employing a far more skilled software engineer is most likely to cost more than hiring an expert with fewer years of professional experience. Due to the fact that salary generally increases with experience, the most experienced developers are way too expensive, especially in the United States or Europe. This is why a lot of companies choose to hire Junior/Middle-level developers. This is an extremely good and cost-efficient solution when the project is not too complicated so that junior or Middle developers can handle all the tasks that will be given to them in the future.

However, you are recommended to choose this option only in case you have at least one Senior Laravel Developer at hand who will be able to teach the inexperienced developers how the task should be done and help them a lot in the process of delivering the product at the highest quality possible.

Another way to hire Laravel developers in the cheapest way is to do it on freelance platforms. Freelance Laravel developers can be found all over the world. If you currently want additional help for your future project, freelancers might be used as a temporary solution which will definitely be cost-effective.

There are plenty of IT and software development firms throughout the globe that will offer you, good Laravel developers. However, in most cases, the major issue is selecting a Laravel development company that offers high-quality developers at reasonable prices. This is why many people visit online marketplaces like Upwork or Freelancer, where they have an opportunity to hire a Laravel Developer at a very affordable pay rate and with above-average quality.

These Freelance platforms give you a wide range of choices according to your project needs and budget requirements so you will have a chance to pick the most suitable and appropriate alternative that would fit your future objectives. Keep in mind, however, that many people do not recommend using freelancers for big projects since they often lack the ability to deliver the product on time.

As you might have already noticed, there seem to be certain important factors that affect a great deal the overall pay rate of the Laravel developers. One of the most significant factors includes their location, skills, and work experience. So if you want to hire Low-cost laravel developers you are recommended to take these three factors into consideration.

You should always keep in mind that hiring developers from Eastern Europe is always a more cost-effective and budget-friendly option than hiring them from Western Europe or the USA. Besides, developers from this part of the world are extremely professional in this field which means that you will not have to worry about the quality of the work they are going to deliver.

On top of that, if you are looking for another cheap alternative of hiring good Laravel developers for your short-run project, you can also hire a junior developer or start searching for the appropriate option on famous online freelance platforms such as Upwork or Freelancer.

How much does Laravel Developer cost?

There is no fixed answer to this question. It depends on the location, skills as well as work experience of the certain developer. For example, an average pay rate for senior Laravel/PHP developers is about US$115,000 annually in the United Stated while Ukrainian developers expect to earn roughly $21,000 per year.

Are Laravel developers in demand?

Software specialists continue to be in high demand, vastly outnumbering supply. As a result, the typical Laravel developer pay rate for senior engineers in the United States and Europe may be rather expensive. This is why a lot of companies start searching for the cheapest possible options in the worldwide market.

We are a 150+ people product design, software development, and growth marketing agency from Tbilisi, Georgia. Delivering hundreds of successful projects for industry-leader enterprise companies and startups earned us 100+ international awards, partnerships with Laravel, Vue, Facebook, and Google, and the title of Georgia’s agency of the year in 2019 and 2021.

If you are looking for a partner to extend your product or growth team or design and build a digital product, we are always open to a meeting!

How to Select the Right Technology Stack For Your Startup

Setting Up ESLint & Prettier in a Vue.js Project

Building a coding discipline is crucial for the...

Within the past seven years, we have helped...

Setting Up SQLite in a Laravel Application

First of all, what is SQLite? SQLite is...